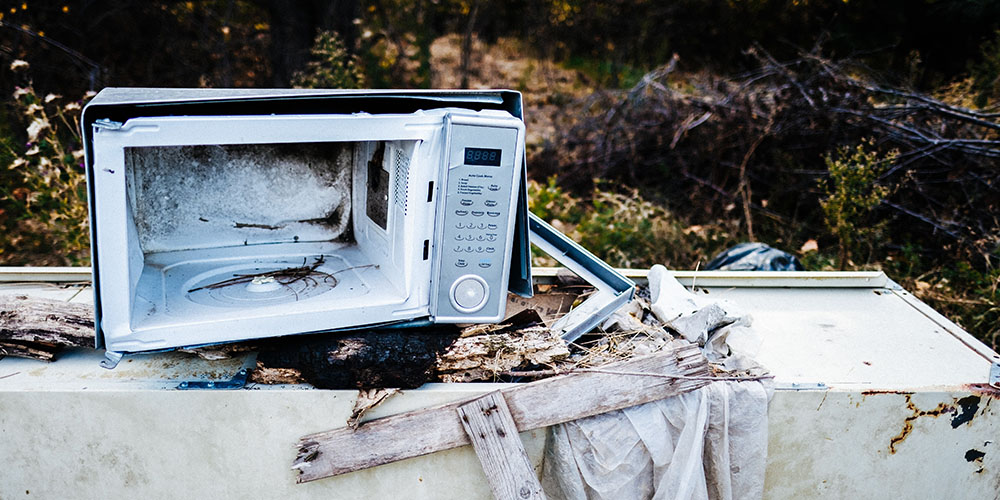 Let’s get one thing out of the way first: microwaves are obviously “not Paleo” in the sense that cavemen didn’t have them. But if we’re going by that standard, then the computer or smartphone you’re reading this on is also forbidden, not to mention the laundry detergent you used to wash your clothes, the central heating that makes your house comfortable, and the refrigerator that keeps your food fresh all week. Clearly, whether cavemen did or didn’t have something is not the relevant standard. What’s more important it whether microwaves are or aren’t healthy.

The argument against microwaves usually rests on one or both of two claims:

As it turns out, both of these claims are pretty much bunk. There is no solid evidence either that microwaved food is any less nutritious than any other food, or that the microwaves themselves cause any kind of health problems. You might not like the taste or texture of microwaved foods, but that’s a personal question: there’s no health-based reason to deprive yourself of the convenience.

This argument has it that microwave cooking is more damaging to food than any other kind of cooking – so damaging, in fact, that it makes your food nutritionally worthless and even toxic. Start with the “toxic” part of this equation: if you take a hard look at the evidence, you’ll see that it just doesn’t stack up:

To understand why none of these objections hold water, it’s helpful to know how a microwave actually works. A generator inside the oven gives off radio waves at a specific frequency (called microwaves), which cook the food by vibrating the water molecules inside it. The friction from the vibration heats up the food, the same way that rubbing your hands together warms them up. That’s all there is to it – “nuking” is just slang that makes the whole process sound more exciting than it really is.

As for the nutritional value, it’s true that microwaving does destroy some of the nutrients in food, but any cooking method does that: microwaving isn’t unique. Any type of heating will destroy some nutrients in food, especially Vitamin C, which is very heat-sensitive. This review says it best: “microwave cooking, if properly used, does not change the nutrient content of foods to a larger extent than conventional heating.”

In other words, if you’re avoiding microwaves because they “reduce the nutrition” in your food, you’d better also avoid ovens, stoves, and any other heating methods as well. In fact, microwaves may even help preserve the nutrients in vegetables, because they allow for short cooking times with little to no water.

So there’s no truth to the superstition that microwaves will poison your food or destroy its nutritional value.

“Radiation” sounds pretty terrifying. Most people start to picture a nuclear contamination zone, complete with eerie green liquid spilling everywhere and clouds of carcinogenic pollution. If you’re a history buff, you might get a mental image of the mushroom cloud over Hiroshima, terrifying evidence of the stakes in the approaching Cold War.

In other words, it’s safe to say that radiation gets a pretty bad rap. But hold off on the post-apocalyptic doomsday scenarios for just a few minutes: not all kinds of radiation are the same! Take a look at this figure showing some of the radiation you’re exposed to in any given day:

Ionizing radiation (this is the kind in nuclear explosions) is the kind that causes cancer. So this kind of radiation is definitely something to worry about. But as you can see, microwaves are well into the non-ionizing zone, along with plenty of other radiation sources that surround you every day, like power lines, TVs, cellphones, and light bulbs. In fact, if we’re going to get really Paleo, the sun is a massive source of radiation: that’s how it provides us with heat and light.

The bottom line: there’s nothing scary about “radiation” in the abstract.It all depends on the type of radiation. And microwaves (the type that power microwave ovens as well as cell phones, WiFi, and radios) are not the cancer-causing variety. All the radiation in a microwave does is cook your food by making the water molecules vibrate (see the previous section).

What’s more, you’re protected even from this non-cancerous radiation by a kind of “safety net” called a Faraday cage, which prevents almost all the radiation inside the microwave from leaking out. The amount that gets through is minuscule compared to the amount of radiation that you’re getting from everything else in your home That’s one reason why microwaves automatically shut off when you open the door: it’s a safety lock on the Faraday cage to make sure the radiation stays inside the oven where it belongs.

If you hotwired a microwave to work with the door open, and then turned it on and stood in front of it, you would be “cooked” along with the food. This could cause serious and dangerous burns, but nothing worse than you’d get from any other source of extreme heat. It would be just the same as cranking your oven up as high as it would go and then sitting in front of it. You would also get hurt from that, but that doesn’t mean that using the oven to cook your food is dangerous.

The bottom line: almost all the radiation inside a microwave stays inside it, and it isn’t even the dangerous kind of radiation anyway.

This is related to the radiation fear, but it gets a special mention because it’s so pervasive. Fortunately, it’s a simple myth to debunk for the Paleo crowd, because Paleo dieters are so analytical and science-focused, and the history of this claim will reveal exactly what terrible “evidence” it’s actually based on.

Fear about radiation from microwaves, cell phones, power lines, and other environmental sources of radiation got started with a journalist named Paul Brodeur in the 1970s. His 1977 book The Zapping of America described a massive cover-up hiding the supposed dangers of microwaves. It would make a great Cold War thriller: there’s a secret Soviet plot against a US embassy, a massive US cover-up, and even the CIA gets involved. Unfortunately, it’s all just that: fiction.

Moving on to fears specifically about microwaves, the next claim comes from a Swiss chemist named Hans Hertel, who did an uncontrolled experiment on eight vegetarians living in a hotel room and claimed that eating microwaved food caused precancerous changes (although he never specified exactly what those changes were). Nobody has ever been able to reproduce his results, and they were never published in a journal or subjected to peer review.

In 1996, another researcher named William Kopp wrote an article again claiming that microwaves caused cancer, but he used unpublished data from Soviet research laboratories, and that data disappeared with the collapse of the USSR.

This “evidence” that radiation from microwave ovens or microwaved food causes cancer is so utterly unconvincing that few actual studies have been done. This one and this one found absolutely no effect for mammary tumors (breast cancer) in mice, even at doses much higher than any human would ever get from a microwave oven. There is no evidence either that microwave cooking makes food somehow carcinogenic, or that the microwave radiation itself is dangerous to humans who get exposed to it.

In fact, there’s even some evidence that microwave cooking may help to prevent carcinogenic changes in the food. In this study testing various cooking methods, the microwave formed the lowest number of heterocyclic amines (carcinogens that are formed when food is cooked at high temperatures). And in this one, microwaving cured meat was the best way to reduce potentially dangerous biogenic amines.

With all that said, it’s clear that microwaves don’t pose a significant health hazard. But there still are some perfectly legitimate reasons to avoid them:

These are all perfectly fine reasons to avoid microwaves. But none of them are health problems. You will not be any less healthy if you cook in a microwave, nor will you destroy any of the nutrients in your food. So if the convenience of a microwave helps you stick with Paleo in the long haul, or if it just makes your life a little easier, there’s absolutely no reason to avoid them.